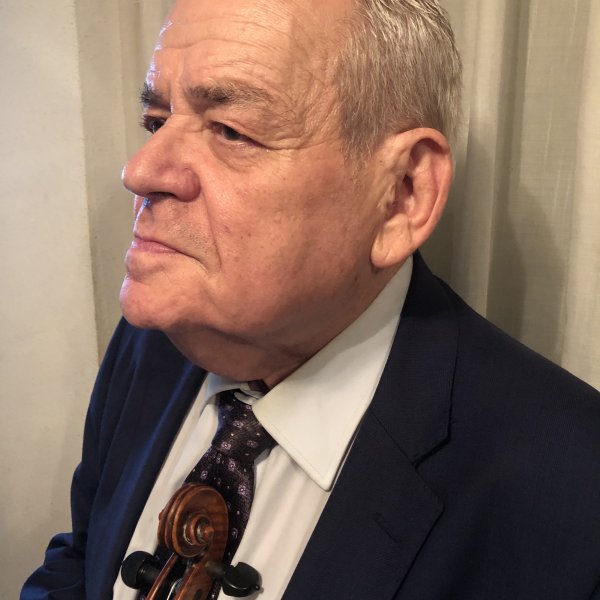 Alexey Mijlin (Michlin), Honored Artist of Russia, was born in Minsk in a family of musicians. He started playing the violin in Lvov,(where his family moved) and then he entered the Central Musical School at the Moscow Conservatory, later - the Moscow State Conservatory named after P. I. Tchaikovsky, where he studied in the classes of professors B.V. Belenky and D.F. Oistrakh. Alexey Michelin is a winner of the International Competition by Queen Elisabeth in Brussels (1st Prize and the Grand Gold Medal) and the Medal of the E. Ysaye Foundation in Belgium. Alexey Michelin is well known and famous for his numerous sole recitals in the former USSR, Poland, Bulgaria, Iran, Germany, Holland, France, Yugoslavia, Spain, Portugal, Czech Republic, Cuba, etc., accompanied by the best world orchestras and conductors (S. Ozawa, F. Keene, A. Kluytans , G. Rozhdestvensky, etc.) He made a number of stock records at Radio Moscow and gramophone records at the Melodiya company. Alexey Michelin used to be a Professor at Gnesin Academy in Moscow, at present - he is a Professor of the Higher Conservatory of Music "Eduardo Martinez Torner" in Oviedo (Spain). Among his students there are winners of National and International competitions (Paris, Pamplona, ​​Avila, Evian, etc.)